Yikes! This countdown is looming large … I have 8 days and 25 years to cover. Condensing is the name of the game now. Lucky break for readers! 🙂 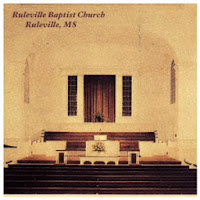 Today I recall the people who took us in as family in the first church we served in Ruleville, MS. Honestly, those were some of our most difficult years of ministry, serving in the Delta. But as always, there was the break of dawn, a new day … and the sun arose … even in weeks of hurt and heartache. Brent served on staff as Youth Pastor with Pastor Gene White. He and his wife Gayle and their sons were so good to us and blessed our lives immensely. But not long after we arrived, they moved closer to their “home” and the church called Brent to be the pastor. The reality set in quickly that he would never be considered the Senior Pastor in the eyes of most. In the congregation of about 200, most of the church leaders were just not going to follow a “boy.” And they made it clear in every deacons’ meeting and church business meeting.
Thankfully (oh, those shades of grace), I became involved in a women’s bible study with an older lady in our church who God placed in my life at the exact time I needed her. She poured godly wisdom into my life weekly. She prayed with and for me. Mrs. Francis Farrish kept up with us for years after we moved, sending us sermons on tape and cards and letters (usually with money in them).
In that study were some ladies who became dear to me. My gracious Abba also blessed me with a friend close to my age who was great fun and was passionately pursuing Jesus. Laurita Koll served in the youth ministry and also loved on Amanda those first couple of years of her life. She also kept in touch and loved us through the miles and years!
And we certainly smile when we talk about the Campbells, who became like parents/grandparents to us. Nanny and Pappy loved on us like none other. They fed us, gave to us, took us on beach trips with their family, and served us like Jesus. Nanny came and stayed with me a few days when each of my girls was born and worked like crazy. They visited us several times in Alabama after we moved. After Nanny died, Pappy continued to visit us everywhere we lived … Even flew to Seattle!! Each time they left, a $100 bill or more was found lying somewhere. Every Christmas, they sent money. They supported us when we planted the church in WA, personally giving monthly to us … as much as some churches were giving collectively!
These, and some I haven’t mentioned, have a huge part in everything we do now. Any person we now touch, they touch. Although the Campbells have died, they live. I wish I could say we did a good job of thanking them for all the years of loving us so well. But I guess they did it for Jesus and not for praise of men. Because they never once indicated a need for anything in return.
Those were difficult days. But even in the midst of them, what grace was bestowed on us!
Jesus said, “Mark my words, no one who sacrifices house, brothers, sisters, mother, father, children, land—whatever—because of me and the Message will lose out. They’ll get it all back, but multiplied many times in homes, brothers, sisters, mothers, children, and land—but also in troubles. And then the bonus of eternal life! This is once again the Great Reversal: Many who are first will end up last, and the last first.” (Mark 10 The Message)
Here’s a word you can take to heart and depend on: Jesus Christ came into the world to save sinners. I’m proof -Public Sinner Number One! of someone who could never have made it apart from sheer mercy!!