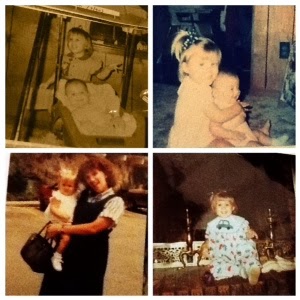 Life doesn’t always go as planned. Nor does it always go like you think it may. We wonder. Maybe we even wander. Some would tell you that when that happens: “Boy, life sure threw you a curve ball.”

Although my heart and mind are still learning … continuing to grasp even a small part of God’s sovereignty … I conclude today that I am not in a game. I don’t see life as a stage or a game viewed by a non-engaged-spectator God. He is not on the mound of the opposing team trying to strike me out. When unexpected things happen, I choose not to think that God desires to confuse me or throw me off the ball. Yes, there are those days I may feel that He is not only throwing me a curve, He is also in the stands just waiting for me to miss it and fail so He can gloat. I could begin to think or conclude that He gains some sort of satisfaction in the fact that it was my choice to swing and miss. But as much as my 50 years have contained some very unexpected events, I have not come to these conclusions at all. In fact, I am even more convinced that He is somehow using everything for my good and that He loves me and gives only perfect gives. As hard as the years were in Mississippi, they were also wonderful. Our first born, Amanda Lynn was born on April 29, 1988. And the next year when I became pregnant with Lauren and life began to change for us, although I wondered what would happen, I also fought to trust Him and depend on His word. It was evident a move was necessary for Brent to finish school, and I longed to get back to Alabama. So Brent was interviewed and was hired, and we headed to Birmingham so he could finish at Beeson.

We had just settled in, when Brent walked back into our apartment after leaving only a few minutes earlier to begin his new job, and said there was no job. And I began to wonder. Why did we experience so much hurt in the years before, only to move back to the city we loved and find out the position Brent had been offered had been terminated, but no one told us? With no savings and Baby #2 on the way, where would we get sufficient medical coverage? Where would Brent find a job? How would we pay rent to the apartments we already moved into and buy books? Did we miss it? Surely this was a curve ball … an attempt to throw us off course … to make us unsure and afraid to swing.
But like all the days before that one … God’s provision came in the form of God’s people. A pastor friend of Brent’s knocked on the door the following day with bags filled with groceries. And many days after that he continued to help us with groceries, and took us out to dinner often. Our bills were anonymously paid. Seminary tuition for a semester was paid.
And I began to wonder. How could God be so gracious? Why did He see fit to bless us through His people? How had someone found out about our need? Why had He placed people in our lives who would give so generously without wanting anything from us?

Other than the nastiest-ever-in-life stomach bug that hit us one weekend, we more than just survived those days. They were good. Brent was able to get another job and was given many opportunities to preach on weekends; we loved our apartment and Amanda enjoyed the pool; we had every need provided; and then about six months after we had moved back to Birmingham, Brent became pastor at Rockford Baptist Church. Lauren was born in Birmingham right before we moved, so several ladies from the church went to Birmingham and packed up our apartment. Just because they loved us!

A new home, big enough for the girls to grow and play. Brent had graduated from seminary. A church that loved us like we were their own family. The girls had “grandparents” that showered them with gifts and attention. And I’ve never eaten more delicious meals than those prepared by the women in Rockford, Alabama. Ever.
And I pondered these days in my heart. And I wondered…

Here’s a word you can take to heart and depend on: Jesus Christ came into the world to save sinners. I’m proof -Public Sinner Number One! of someone who could never have made it apart from sheer mercy!!