After a tearful goodbye to Auburn friends, and then a family goodbye at our Cousins’ Camp, we all landed safely in Washington. Brent, his dad, and a friend drove a moving truck across the country with our “stuff”. If Brent were telling this part, he would definitely add that it was a wondeful week together. I think they had experiences they will never forget. 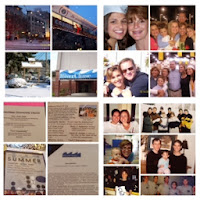 In an attempt to post only a few paragraphs about eight years, I will leave out so very much. But the main message I desire to communicate is this: when I arrived in Orting, Washington, I realized that some part of my heart had always been there and I was finally catching up with it. God so clearly orchestrated events during that season of our lives. Although there was some very real disappointment and some difficult days that accompanied us on the journey, there were many more days that were filled with adventure, new life, and opportunities to see God work unlike ever before in our lives. 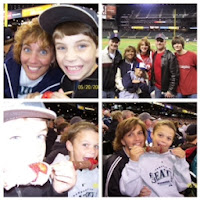 Moving with us to Orting was a family of four, a young couple and a college student from Auburn. Due to the events of 9/11, the family had to abruptly move back. Carol (my sister) joined us the following year and she and David and Farah Isbell and Beth Webb continued to serve God faithfully with us there in Washington. A blog post just can’t contain an accurate picture of the excitement and challenge of that time. The four of them (along with our own servant-hearted kids) gave so much of their time and of their hearts to help us reach the Orting community with the love of Jesus. Living in the shadow of Mount Rainier was magnificent, and I would have to say that the Northwest is the most beautiful place we’ve ever lived. Our family enjoyed many days taking in the area’s sights and sounds … Ferry rides, the Space Needle, Pike’s Place Market, eating fish by the docks, Christmas at the downtown carousel, sledding on Mt. Rainier, ballgames, weekends at Alki beach … and so much more. Only God knows why and how, but I felt very at home there. I know our kids feel that same way. 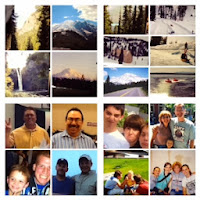 RiverChase Community Church became our family. There was a lot of work involved in those first months of trying to build relationships and also gauge the pulse of the community. I am so grateful that God chose to move us into a neighborhood right down the street from Bryan and Gena Cormack. Through those years, they would become family. Their support, love and prayers carried us through some of the more “cloudy” days. Gena became my confidant and grace sister. Their boys became brothers to my kids. Bryan served RiverChase and supported Brent faithfully and cheerfully. 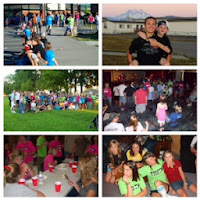 God touched hearts and changed lives during those days. But mostly, He touched my heart. He changed my life. I became so much more aware of the stories behind the people. I saw the needs. I became friends with the broken-hearted. I was challenged to think beyond myself. All of a sudden, it wasn’t an easy Christianity I was living. We weren’t in a comfortable Christian neighborhood with church-going people. My children interacted with mostly non-Christian kids and families. But God had clearly put it in our hearts to get to know people unlike us. With real issues. With painful histories. People who needed Jesus. The ministries and adventures were so fulfilling … RiverChase served the community through Egg hunts, picnics, Band nights in the park, summer sports’ camps, serving students at the bus stop on cold mornings, youth retreats/camps, women’s’ ministry events, kids’ Sunday morning activities … 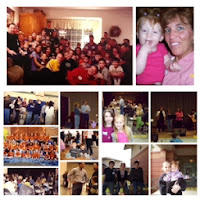 And that’s what we did for eight years. To be honest, I still don’t understand why God allowed circumstances to come together as they did and we would be led away from the place that had become home. But it was as clear as it could humanly be that we were to make a change. My heart was broken. I had recurring dreams that we were abandoning the call. Even as I type, emotion fills my heart … and tears well up in my eyes. There was so much work undone. There were so many broken lives. People had invested their lives along with us, into the church in that community. I felt like we were leaving them without a (human) shepherd. It was confusing. Truthfully, there are days it still is.

But now, far away from the shadow of that most glorious mountain, I must rest in another shadow. The assuring shadow of the Almighty. I am so thankful God has led us here. Where we are now. To Rapid City, South Dakota.
And He has a plan for our “next”. A good one. God has blessed me with lifelong friends and he has given us a supportive and caring church family. I see His hand working and moving among us. He has also used this move to stir our hearts even more for orphans, and we have begun this wonderful fostering journey. All of that is a part of His present plan in our lives.

The adventure into the glorious unknown awaits …
He has provided.
He will provide.

50 shades of grace … 10,000 reasons and more to worship Him! Great is His faithfulness!
“As for you, the one who lives in the shelter of the sovereign One, and resides in the protective shadow of the mighty king – I say this about the Lord, my shelter and my stronghold, my God in whom I trust:
He will certainly rescue you from the snare of the hunter and from the destructive plague.
He will shelter you with His wings; you will find safety under His wings.
His faithfulness is like a shield or a protective wall. You need not fear  …”
Here’s a word you can take to heart and depend on: Jesus Christ came into the world to save sinners. I’m proof -Public Sinner Number One! of someone who could never have made it apart from sheer mercy!!