I love the song sung at Christmas “Mary, Did You Know?” It’s too bad that it’s just a seasonal song, because it is powerful and rich in the truth of Who Jesus was … and is … and is to come! And we must ask ourselves these same questions of the Baby in the manger. The One sweetly swaddled, lying in the hay of our nativity scenes. That One we Christians say is the Reason for this season. 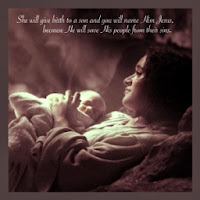 When she proclaimed in worship to her Father God “my soul magnifies the Lord, because He has looked upon the humble state of His servant . . .  He who is mighty has done great things for me, and holy is His name”, did Mary recall the words of the prophet Isaiah . . .

“My servant will succeed … He was so disfigured He no longer looked like a man; His form was so marred He no longer looked human …
He was despised and rejected by people, one who experienced pain and was acquainted with illness; people hid their faces from Him; He was despised, and we considered Him insignificant.
He was wounded because of our rebellious deeds, crushed because of our sins; He endured punishment that made us well; because of His wounds we have been healed.
He was led away after an unjust trial – but who even cared?
Indeed, He was cut off from the land of the living; because of the rebellion of His own people He was wounded. Having suffered, He will reflect on his work, He will be satisfied when He understands what He has done.
‘My servant will acquit many, for He carried their sins.'”
I ponder this today. The question becomes personal. Unlike Mary, who didn’t have the revelation fulfilled yet as she waited and wondered at his birth, today I experience Christmas from the resurrection side! And at the cross she wondered and pondered. But today I know the whole story.
This One I call Lord . . . He was crushed for my sins. It already happened.
He came and suffered for all sinners to know this truth. It already happened.
And He rose from death. It happened!
So, Christmas shouldn’t be just a season for the disciple of Jesus. Christmas is about a message. And not just the beginning of the story that we find in Luke. But also the continued one in Philippians . . .
Melodye, do you know?
“Each of you should be concerned not only about your own interests, but about the interests of others as well. You should have the same attitude toward one another that Christ Jesus had, who though He existed in the form of God did not regard equality with God as something to be grasped,
but emptied Himself by taking on the form of a slave,
by looking like other men,
and by sharing in human nature.
He humbled himself, by becoming obedient to the point of death – even death on a cross! 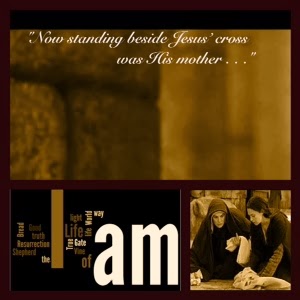 So then, my dear friends, just as you have always obeyed, not only in my presence but even more in my absence, continue working out your salvation with awe and reverence, for the one bringing forth in you both the desire and the effort – for the sake of His good pleasure – is God.“
“And Jesus said to them: I AM He. And they retreated and fell to the ground.”
This Child that we celebrate is the great I AM!
Do you know?
Here’s a word you can take to heart and depend on: Jesus Christ came into the world to save sinners. I’m proof -Public Sinner Number One! of someone who could never have made it apart from sheer mercy!!